To expand the backstory and universe of CryptToadz in order to gamify, provide context, and illuminate the CrypToadz characters and story as well as engage the CrypToadz community in the lore of CrypToadz.

Govinda and Tufnel_Enterprises have created, and continue to create, a body of lore at Raid Guild that adds cohesion and purpose to a community that lives almost entirely in the digital realm. Example slide: 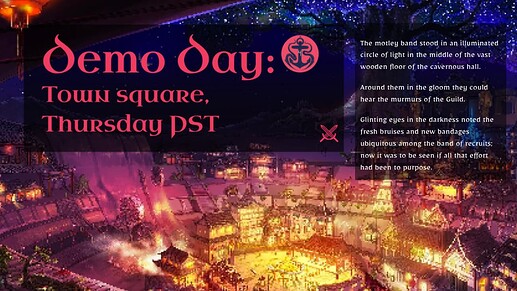 Currently, CrypToadz lore consists of three to four paragraphs of a general sketch and outline of CrypToadz. Expanding the CrypToadz universe will create an ongoing narrative and lore that will continue to solidify and expand the community of the CrypToadz project.

Why should we do this?

The promise of NFT projects extends so far beyond the images. Engagement, interaction, and community participation add immense amounts of reward for project owners and build community around the art. CrypToadz already has the outlines of the origin story; this project will cement that story and create the possibilities for future expansion CrypToadz collections.

Future iterations could include poap-rewarded participation, collectables, choose your own adventures scenarios etc.

The sun’s rays, filtered into sickly brown through pollution-laden clouds, illuminate the steaming, sludgy wasteland. Undersized Toadz covered in warts trudge about their daily toil with blank stares. A disheveled Toad hops by, a damp and bedraggled unlit cigarette hanging from the corner of his mouth. Nearby a small group of Toadz, glowing faintly green, huddle together underneath an abandoned sewage outlet.

It has been 146 years, 3 months and 2 days since the fateful day the citizens of the Metaverse were transformed into Toadz by toxic sludge.

Although King Gremplin rules this Swamp with his iron (and greasy) webbed fist, most Toadz seem unwilling to challenge their oppression. As long as Gremplin’s Phillip Marsh Tobacco Corporation (Grempland’s only manufacturer of, well…anything) churns out a regular supply of loosely-rolled cigarettes and other shoddily made necessities of swamp life, the CrypToadz squelch through the hours of the day, anesthetized by Phillip Marsh’s smokes and weak beer.

However, rumors and whispers are circulating among the CrypToadz that in a far corner of the swamp, deep underground, lies the beginning of a hope for the freedom of all CrypToadz.

These rumors speak of a resistance movement growing in the Cryptz, a fabled network of abandoned bitcoin mines constructed during the last days of the Late Stage Capitalism era.

Some even say that these Toadz have discovered access to the ancient mainframes of the Metaverse and have made contact with Colonel Floorbin exiled far away on Gooch Island.

Although the CrypToadz are careful to only discuss these rumors among themselves out of earshot of Gremplin’s Fronkz secret police, Gremplin has somehow found out. His propaganda team firmly denies any existence of such a group, and say even if a resistance did exist they are all probably a bunch of losers anyway.

But today at the rusty gates of the Phillip Marsh Tobacco Corporation HQ , as the smoke pouring from factory’s stacks refracts greasy sunlight against an oily sky, a growing crowd of Toadz begins to form. They nudge and whisper to each other, not believing their eyes.

On the peeling paint of the factory’s concrete wall, a message is scrawled, the red paint still wet and dripping.

This is only the beginning

In addition to the overarching backstory lore, in-depth character profiles augment the story of individual characters’ storylines and thus to the overall CrypToadz saga as a whole.

Prior to the Croakening, Dinfo was one of the main architects of the Uniswamp. However after the Croakening, he is forced to build idiotic demolition derby spectacles for the crass Fronkz while they drink copious amounts of Phillip Marsh’s weak beer. Dinfo is a secret link to the Resistance and stays in the Uniswamp to help CrypToadz escape.

We distinguish between two types of work:

We suggest the following rate:

We are planning with the following timeline:

Welcome! Glad to see this proposal to flesh out the resistance is beginning lore. The tier 1 lore sounds interesting to me as well as how you encourage the community to engage with it. What are your thoughts on engagement?

Thanks! Indeed, the CT universe has great potential to fill out and enrich the outline of the lore that is already there, so that’s great to hear.

Regarding specifically the engagement portion in the scope of this initial proposal, we envision a Choose Your Own Adventure-modeled serialized version of the lore in which the direction of each installment would be decided by community members via Discord poll.

So essentially, a lore channel in the server would update with new lore episodes at regular intervals (either 2-3 days or weekly) The episode would conclude with four different directions/scenarios the story can take which community members via Discord poll (using emojis). The winning direction begins the next episode, which continues on to expand the narrative.

In addition, we also envision a weekly discord meeting for a limited time that would source lore directions from community members. If their ideas are chosen by the lore team as well as used in the CYOA story, they receive tangible recognition (i.e. a storyteller POAP, most likely on gnosis).

These satellite projects all tie back into the book of lore that is at the core of this proposal. In a second proposal we think the merits of creating a physical copy of the book of lore similar to the Rare Pepe book, with proper layout/images etc…, would be of immense value. While CrypToadz is obviously a digital-first project and community, having a physical manifestation of the space, i.e. a book, adds very real aesthetic and cultural value to the momentum and project.

Nice! I’d recommend you lock in your budget to either 4, 4.5 or 5 eth based on your estimate before we vote so we know what we’re voting on specifically.

Thanks for the feedback! I updated the proposal above for clarity based on your suggestions.

A few thoughts that maybe could get added to this:
-Incorporate the introduction to a new character to the swamp. As part of the narrative, include the introduction of a companion set, and we would commission gremplin to create the art using the community funds. Maybe we could hire a “riddlemaster” that would drop clues in the lore narrative that would spark discussion amongst toad holderz what the companion set might be. Would need to make sure it is narratively relevant. New art, more discussion, more fun. What do you guys think?

Fun ideas overall, but in response to the above comment, please don’t include “commission Gremplin” in things - I’m not available for work.

Also I voted yes on this already just because it’s inexpensive relative to the treasury and sounds like a fun, active thing to engage with in the discord without being too precious about timelines, and just seeing if it works out.

My bad, just love your art is all

Hey Trevv, Thanks for the feedback! While Gremplin is not available, there are points in our proposal to incorporate ideas such as yours into the overall storyline.

We considered adding into the proposal to use some of the grant to commission art from community members, i.e. L2 art, to build on ideas such as these, but decided to postpone that to a potential second proposal to allow the first one to guide direction.

Sounds good! in that case i’m voting yes on this and excited about all the additional things it could turn into!

This is a good proposal, however, i think it is important that we are able to name our own toadz

. Definitely; there is a lot of room carved out in the proposal that leaves ample space for adjusting the direction based on community input so suggestions such as these are, and would be, very welcome.

Just seeing this now and loving everything about it. Lore definitely deepens the emotional connections to our toadz. I could imagine the world in my head while reading the excerpt… great writing!

The discord channel is a great idea as well as it keeps the community together and it’s easily accessible.